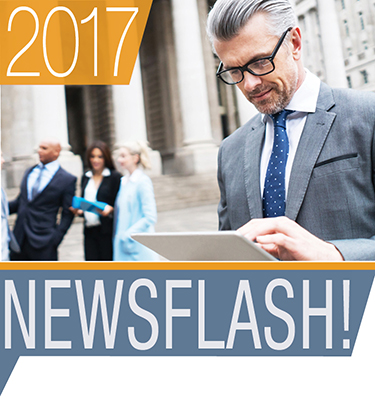 Some clarification comes to the law on corporate dissolutions.

The law currently states that, unless there’s a “contrary provision in the articles of incorporation,” in any suit for involuntary dissolution of a corporation, or in any proceeding for voluntary dissolution that’s initiated by shareholder vote, the corporation or the holders of 50 percent or more of its voting power may avoid dissolution by purchasing for cash at fair value the shares owned by the plaintiffs or shareholders who sought dissolution. A new law clarifies that the “contrary provision in the articles” need only be a reference in the articles to a separate written agreement between two or more shareholders on the purchase of shares; it’s not necessary for the articles to set out the terms relating to the purchase of those shares. See Corp C §2000(a) (amended by Stats 2017, ch 721, effective January 1, 2018).

After a corporation files for bankruptcy, its shares are cancelled and its directors are replaced by a court-appointed representative responsible for liquidating the corporation’s assets and paying creditors. But such representatives didn’t have express statutory authority to execute and file a certificate of dissolution with the Secretary of State when the corporation was completely wound up. A new law remedies that omission and then sets out what should be included in a representative’s certificate of dissolution. See Corp C §§1401, 1401.5 (amended and added by 2017 Stats, ch 267, effective January 1, 2018).

The State Board of Equalization is stripped of authority.

As part of the California state budget process, the Legislature stripped almost all authority from the State Board of Equalization (SBE) and transferred the SBE’s duties and responsibilities to two new state departments: the California Department of Tax and Fee Administration and the Office of Tax Appeals. This move was the culmination of decades of complaints lodged against the elected members of the SBE. See Stats 2017, chs 14 and 16, effective July 17, 2017. These new laws are discussed in Micheli, 2017 Budget Deal Makes Significant Tax Changes in California in the July 2017 issue of the California Business Law Reporter.

California’s cap-and-trade is set for the long haul.

The goal of California’s cap-and-trade program is to ensure that statewide greenhouse gas emissions are reduced to at least 40 percent below the 1990 level by the year 2030. The program involves a variety of technical measures, among which is an exemption from sales and use tax for qualified personal property used primarily in the generation, production, storage, or distribution of electric power. This tax exemption, like the program itself, has been extended until 2030. See Stats 2017, ch 135, effective July 25, 2017. Learn more on this in Micheli, California's Cap-and-Trade Bill Enhances Existing Tax Incentive in the September 2017 issue of the California Business Law Reporter .

Hotels are added to businesses that must post a notice on human trafficking.

The law already requires a variety of businesses to post a conspicuous notice about human trafficking and slavery. The notice advises anyone being forced to engage in any activity from which they can’t leave to contact the National Human Trafficking Resource Center or the California Coalition to Abolish Slavery and Trafficking for help. Soon this requirement will apply to hotels, motels, and bed and breakfast inns (not including personal residences). See CC §52.6 (as amended by Stats 2017, ch 547, effective January 1, 2018). This notice is discussed in CEB’s Advising California Employers and Employees §9.53A.

Consumers will get some protection from automatic renewals and continuous service agreements.

A new law will require any automatic renewal offers or continuous service offers that include a free gift or trial period to include a clear and conspicuous explanation of the price that will be charged after the trial ends. Businesses will have to get the consumer’s consent before charging a consumer’s credit or debit card, or the consumer’s account with a third party, for an automatic renewal or continuous service that’s made at a promotional or discounted price for a limited period of time. And businesses will have to disclose how to cancel, and allow the consumer to cancel, before the consumer pays for the goods or services. See Bus & P C §17602 (added by Stats 2017, ch 356, effective July 1, 2018).

In response to the fraudulent account scandal, we now have the Wells Fargo anti-arbitration law.

The Consumer Financial Protection Bureau found that from 2011 to mid-2016, Wells Fargo opened about 1.5 million bank accounts and 565,000 credit card accounts without customer consent. The resulting customer lawsuits against the bank were forced into binding arbitration under clauses in the customers’ original account agreements, which Wells Fargo argued should also extend to accounts created later. In response, the Legislature enacted a law making arbitration agreements in such situations unenforceable. See CCP §1281.2 (amended by 2017 Stats, ch 480, effective January 1, 2018). For more on enforcement of arbitration provisions, turn to CEB’s California Law of Contracts, chap 9.

Change at the State Bar: Sections will form the California Lawyers Association.

The 16 voluntary Sections of the State Bar and the California Young Lawyers Association are set to become a newly formed private nonprofit association, the California Lawyers Association. Separation into a non-governmental entity will allow former section members to hold meetings without public notice, and without forcing members to open their offices and homes to members of the public who choose to attend. Separation will also allow members to work by email without concerns that the communications will violate the Bagley-Keene Open Meeting Act, California Public Records Act, or any other requirements normally imposed on governmental entities. With about 64,000 members at the time of the transition, the Association will be the second largest voluntary bar association in the country, smaller only than the American Bar Association. The sections will retain their financial reserves and intellectual property, including publications, educational materials, and membership lists. The State Bar will continue to collect dues for the Association, offering a check-off option on future dues statements. See 2017 Stats, ch 422, effective January 1, 2018.