A fourth of publicly held corporations with headquarters in California don’t have any women on their boards of directors. A new law will change that: By the end of 2019, companies will have to have at least one woman on their boards and will need up to three women by the end of 2021, depending on the number of board seats. The penalties for not opening the corporate board room are stiff—companies can be fined $100,000 for a first violation and $300,000 for subsequent violations. See Corp C §§301.3, 2115.5 (added by Stats 2018, chap 954, effective January 1, 2019).

Companies Will Have to Be Much More Careful With Consumer Data

The California Consumer Privacy Act of 2018, modeled after the EU’s General Data Protection Regulation, is set to dramatically change how businesses handle data. Companies that store large amounts of personal information—including major players like Google and Facebook—will be required to disclose the types of data they collect, as well as allow consumers to opt out of having their data sold. Although the Act passed both chambers of the Legislature unanimously, its effective date is delayed for a year to permit lawmakers to make further refinements. See CC §§1798.100–1798.198 (added by Stats 2018, chap 55, effective January 1, 2020).

Net Neutrality Lives on in California… At Least for Now

This past year, the FCC repealed Obama-era rules requiring net neutrality (i.e., Internet service providers must treat all Internet data the same, regardless of its kind, source, or destination). In response to the FCC’s action, the Legislature enacted the California Internet Consumer Protection and Net Neutrality Act of 2018. Under the Act, internet service providers won’t be allowed to block or slow specific types of content or applications, or charge apps or companies fees for faster access to customers. Within hours of Governor Brown’s signature, the Department of Justice filed a lawsuit to block its implementation. Stay tuned! See CC §§3100–3104 (added by Stats 2018, chap 976, effective January 1, 2019).

Check out the next update of CEB’s Internet Law and Practice in California for full coverage of this issue!

No Social Security Number Needed for a Business License

Clarification on Creditors and Time-Barred Debt

There’s new clarification on what a debt collector can and must do regarding the 4-year limitations period on a debt collection action:

On representing a creditor, turn to CEB’s Debt Collection Practice in California, chap 1.

The definition of sexual harassment has been expanded to include harassment by a defendant who has held himself or herself out as being able to help the plaintiff establish a business, service, or professional relationship with the defendant or a third party. The types of professional relationships covered under this definition have been augmented to include investors, elected officials, lobbyists, directors, or producers. And the requirement that the plaintiff be unable to easily terminate the relationship has been deleted. See CC §51.9 (amended by Stats 2018, chap 951, effective January 1, 2019).

On sexual harassment in the workplace, check out CEB’s Advising California Employers and Employees, chap 15.

The First Small Business Truth in Lending Law in the Country

A new law requires any person engaged in the business of “commercial financing” (as defined) to provide specified disclosures to prospective borrowers and to obtain the borrower’s signature on that disclosure before consummating the loan. It applies to loans between $5000 and $500,000. Although the law will take effect on January 1, 2019, implementation awaits adoption of regulations. See Fin C §§22780.1 and 22800–22805 (added by Stats 2018, chap 1011).

A new law permits all or a portion of the directors of a public benefit, mutual benefit, religious, or cooperative corporation, if authorized in the articles or bylaws, to hold office by virtue of occupying a specified position, either within or outside of the corporation. The term of office of ex officio directors must coincide with the term of office for the position entitling them to serve on the board. See Corp C §§5211, 5220, 7220, 9220, and 12360 (amended by Stats 2018, chap 322, effective January 1, 2019).

The General Corporation Law requires the accounting books, records, and minutes of any domestic corporation and certain foreign corporations to be made available for shareholder inspection. A new law clarifies that, if the original records have been lost, destroyed, or aren’t normally in California, true and accurate copies will suffice. The records must be open to inspection at the corporation’s principal office in the state or, if there is none, at the physical location for the corporation’s registered agent for service of process. The shareholder may instead request that the corporation produce these documents by mail or electronically if the shareholder pays the reasonable costs for doing so. See Corp C §1610 (amended by Stats 2018, chap 76, effective January 1, 2019).

Current law is conflicted about representation in commercial arbitration proceedings. On one hand, CCP §1297.351 states that a party to such a proceeding may be “represented or assisted by any person of their choice” and that such a person or representative “need not be a member of the legal profession or licensed to practice law in California.” On the other hand, the California Supreme Court has denied attorney fee recovery in arbitration proceedings for legal representation provided by attorneys not licensed by the State Bar of California. This issue was fixed for domestic arbitration, but not for international. As a result, international arbitration generally does not occur in California. A new law recognizes an individual who is not admitted to practice law in California but who is a member in good standing of a recognized legal profession in the United States or a foreign jurisdiction as a “qualified attorney” in an international commercial arbitration or related proceeding. See CCP §§1297.185–1297.189 (added by Stats 2018, chap 134, effective January 1, 2019).

For more on international arbitration, see CEB’s Internet Law and Practice in California, §21.20.

Existing law requires a contractor to report to the registrar of the Contractors’ State License Board within 90 days of being convicted of a felony or any other crime substantially related to the qualifications, functions, and duties of a licensed contractor. That reporting requirement will soon extend to a civil action resulting in a final judgment, an executed settlement agreement, or final arbitration award of $1 million or more for damages resulting from the licensee’s construction activities on any part of a multifamily rental residential structure. See Bus & P C §§7071.20–7071.22 (added by Stats 2018, chap 514, effective January 1, 2019).

Community Pharmacists Must Have Assistance

Pharmacists in rural settings are often called on to perform administrative tasks that distract them from fulfilling their professional responsibilities. To remedy that problem, community pharmacies will no longer be allowed to require a pharmacist to engage in the practice of pharmacy when the pharmacy is open to the public, unless another employee is available to assist the pharmacist at all times. See new Bus & P C §4113.5 (added by Stats 2018, chap 569, effective January 1, 2019).

A Criminal Past Shouldn’t Continue to Haunt You

Existing law authorizes a professional licensing board to deny, suspend, or revoke a license or take disciplinary action against an applicant or licensee based on his or her conviction of certain crimes. Soon those actions can be taken only if the conviction is within the preceding 7 years, and the crime is substantially related to the qualifications, functions, or duties of the business or profession for which the application is made. In addition, a license may not be denied if the conviction has been dismissed or expunged, if the person has provided evidence of rehabilitation, or if an arrest resulted in a disposition other than a conviction. See Bus & P C §§7.5, 480, 480.2, 481, 482, 488, 493, and 11345.2 (amended, repealed, or added by Stats 2018, chap 995, effective January 1, 2019). 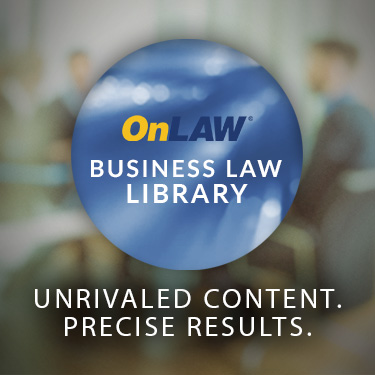