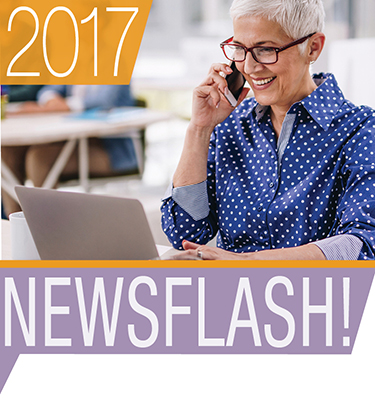 Unfortunately, workplace harassment has been a seemingly perpetual problem. In 2004, the California Legislature passed AB 1825, mandating harassment prevention training for supervisory employees. That statute was expanded in 2015 to require training on bullying and abusive conduct (AB 2053). This year, it was expanded again to include harassment based on gender identity, gender expression, and sexual orientation. As before, this requirement applies to any business with over 50 employees. (Note that the new law also requires all employers to post the DFEH’s poster on transgender rights in a prominent and accessible location in the workplace.) See Govt C §§12950, 12950.1 (amended by Stats 2017, ch 858, effective January 1, 2018). For guidance on sexual harassment prevention training, check out CEB’s Advising California Employers and Employees §9.61.

No more asking about prior salary.

Employers will soon be barred from asking about prior salary. This will help to prevent the perpetuation of historical discrimination and to balance the negotiating power between an employer and an applicant. Applicants don’t have a similar bar: They may ask for the pay scale for a position and may voluntarily and without prompting disclose prior salary information. See Lab C §432.3 (added by Stats 2017, ch 688, effective January 1, 2018). For more on hiring guidelines and pitfalls, including sample forms and checklists, check out CEB’s Drafting Employment Documents for California Employers, chap 1 and Advising California Employers and Employees, chap 1.

The new Parental Leave Act, which applies to employers with between 20 and 49 employees, i.e., employers who aren’t subject to the California Family Rights Act (CFRA) or federal Family and Medical Leave Act (FMLA), allows employees to take 12 weeks of unpaid, job-protected leave to bond with a new child if they’ve worked at least 1,250 hours in the 12 months before taking the leave. Employers must maintain health coverage for the new parent during this leave. Employees should be able to take this time off without fear, because the new law prohibits discrimination and retaliation against an employee for taking parental leave. See Govt C §12945.6 (added by Stats 2017, ch 686, effective January 1, 2018). For more on family leave laws generally, check out CEB’s Employee Leave Laws: Compliance and Litigation, chap 1.

A new law stops employers from cooperating with federal immigration authorities absent a judicial warrant or court order. Among other things, the law prohibits employers from voluntarily allowing immigration enforcement agents into nonpublic areas of the workplace without a warrant, or reviewing or obtaining employment records without a subpoena or court order. Employers are limited in reverifying the employment eligibility of a current employee, and must notify employees when its I-9 forms will be inspected. Penalties for failure to comply range from $2,000 to $10,000 per violation. See Govt C §§7285.1–7285.3 and Lab C §§90.2, 1019.2 (added by Stats 2017, ch 492, effective January 1, 2018). For guidance on immigration law requirements for employers, check out CEB’s Drafting Employment Documents for California Employers, chap 2 and Advising California Employers and Employees, chap 4.

Take questions about criminal convictions out of employment applications.

It will soon be an unlawful employment practice under the Fair Employment and Housing Act to ask about or consider an applicant’s criminal conviction history before giving the applicant a conditional job offer. If, after that point, the employer decides to deny an applicant a position at least in part because of the applicant’s conviction history, the law specifies the assessment the employer must make and communication of this to the applicant. Certain jobs are specifically exempt from the law’s requirements. See Govt C §12952 (added by Stats 2017, ch 789, effective January 1, 2018). Find a discussion of hiring guidelines and pitfalls in CEB’s Advising California Employers and Employees, chap 1.

New law kicks up the power of the Labor Commissioner.

Labor Code §98.7 already authorizes the Labor Commissioner to investigate discrimination and retaliation claims and order relief after an investigation and determination, but a new law kicks up these powers significantly. The Commissioner will have expanded powers to start and continue investigations even without receiving a complaint, and may seek immediate temporary injunctive relief, issue citations, and recover its attorney fees and costs. See Lab C §98.7 (amended by Stats 2017, ch 460, effective January 1, 2018), which also adds new Lab C §§198.74, 1102.61, and 1102.62. On the Labor Commissioner’s enforcement of wage and hour laws generally, turn to CEB’s California Wage and Hour Law and Litigation, chap 11.

The fine is going way up for retaliating against a health facility whistleblower.

The law already prohibits discrimination or retaliation against patients and workers in a health facility based on a grievance, complaint, or report about the quality of care or conditions at the facility. But now the possible fine for willfully violating these provisions has been stepped up from $20,000 to $75,000. See Health & S C §1278.5 (amended by Stats 2017, ch 275, effective January 1, 2018). Learn about whistleblower protections in CEB’s Advising California Employers and Employees, chap 16.

For private works contracts, a “direct contractor” (i.e., the prime contractor or contractor with a direct contractual relationship with an owner) will soon be liable for the unpaid wages and other fringe or benefit payments that its subcontractors or lower-tier subcontractors fail to pay to their employees. These unpaid amounts may be recovered by the worker, the Labor Commissioner, a joint Labor-Management Cooperation Committee, or a third party owed fringe or other benefits. See Lab C §218.7 (added by Stats 2017, ch 804, effective January 1, 2018). On remedies available for unpaid wages generally, see CEB’s Advising California Employers and Employees §5.92.

Employers must give notice of domestic violence victims’ rights.

Last year, the Legislature enacted a law requiring California employers with 25 or more employees to give new hires written notice on the rights of victims of domestic violence, sexual assault, and stalking to take protected time off for medical treatment or legal proceedings. The Labor Commissioner has posted a form that employers may use. See Lab C §230.1, amended by 2016 Stats, ch 355, effective July 1, 2017). This leave is discussed in CEB’s Advising California Employers and Employees §6.137.