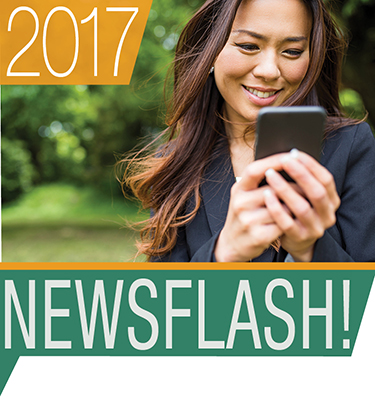 No more waiting! Orders on child custody and visitation rights are immediately appealable.

Bifurcation is commonly used in dissolution proceedings, but it has been complicated by the fact that decisions in one part of the case weren’t automatically appealable due to the “one final judgment rule” in CCP §904.1. That’s about to change: A final order or judgment in a bifurcated proceeding on child custody or visitation rights will soon be immediately appealable without the need for certification from the trial court. See CCP §904.1(a)(14)(amended by Stats 2017, ch 41, effective January 1, 2018). Appeals in family law cases are discussed in CEB’s Practice Under the California Family Code: Dissolution, Legal Separation, Nullity, chap 19.

Domestic violence victims have one less hurdle to obtaining evidence.

California law has permitted the recording of a confidential communication to obtain evidence reasonably believed to relate to the commission of certain crimes, including a felony involving violence against the person making the recording. This limit created problems for domestic violence victims, because domestic violence is frequently charged as a misdemeanor. To address this issue, the law was amended to state that recording a communication to get evidence reasonably believed to relate to domestic violence is lawful and not rendered inadmissible in a prosecution against the perpetrator for domestic violence. This law will also allow victims seeking a domestic violence restraining order to record communications by the perpetrator to provide evidence to the court. See Pen C §633.5 (amended by Stats 2017, ch 191, effective January 1, 2018). Get guidance on obtaining temporary orders under the Domestic Violence Prevention Act in CEB’s Practice Under the California Family Code: Dissolution, Legal Separation, Nullity, chap 11.

Yes, judges may be paid for solemnizing marriages on the side.

A change in the law last year created confusion about whether an active judge could be compensated for solemnizing a marriage. It’s now cleared up: Active judicial officers may accept reasonable payment and reimbursement of expenses for solemnizing marriages. See Fam C §400 (Stats 2017, ch 42, effective July 10, 2017).

More privacy protection for minors who are victims of domestic violence.

The laws on restraining orders against harassment or abuse and protective orders to prevent domestic violence have been amended to permit a minor (or the guardian) to petition the court to keep confidential all information on the minor that was obtained when issuing the order. The new law sets out the findings the court must make before granting the petition, including that the minor’s privacy overcomes the right of public access to the information. See CCP §527.6 and Fam C §6301.5 (amended by Stats 2017, ch 384, effective January 1, 2018). Applying for temporary orders to address extraordinary circumstances is discussed in CEB’s California Child Custody Litigation and Practice §6.7.

Parents get an earlier shot at working out custody and visitation issues in mediation.

To help resolve or narrow child custody disputes before the parties ever get to court, family courts must provide mediation services for parents. For the next two years, parents will be able to attend mediation even earlier in the process, i.e., before the filing of a petition, application, or other pleading to obtain or modify a custody or visitation order. The hope is that parents will be able to resolve the issues and avoid a court hearing entirely. See Fam C §3170 (amended by Stats 2017, ch 330, effective January 1, 2018, and set to repeal on January 1, 2020). For guidance on custody mediation, turn to CEB’s California Child Custody Litigation and Practice, chap 8.

Canada already recognizes domestic violence restraining orders issued by California courts, and now, with enactment of the Uniform Recognition and Enforcement of Canadian Domestic Violence Protection Orders Act, California will be able to reciprocate. The Act specifies the requirements for a Canadian domestic violence protection order to be enforceable and requires law enforcement officers to enforce it as if the terms were in an order of a California court. See Fam C §§6450-6460 (added by Stats 2017, ch 98, effective January 1, 2018). Temporary orders are covered in CEB’s California Child Custody Litigation and Practice, chap 6.

Definition of domestic violence counselor is expanded to include those who work at higher education institutions.

Surrogacy situations are getting easier, from a legal perspective anyway. Under a new law, a surrogate who’s a party to a properly executed assisted reproduction agreement doesn’t establish a parent-child relationship by giving birth to the child. This means that there’s no parent-child relationship to terminate in an action to establish the parentage rights of the intended parents. See Fam C §7962 (amended by Stats 2017, ch 326, effective January 1, 2018). On parentage concepts and the legal effects, turn to CEB’s Practice Under the California Family Code: Dissolution, Legal Separation, Nullity, chap 8A.