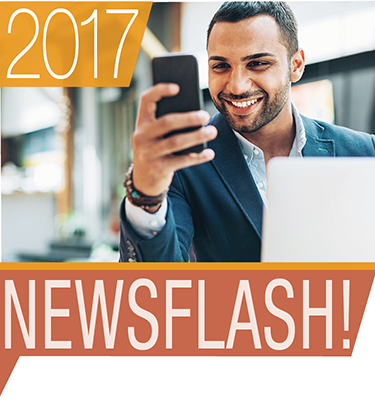 Under the new Building Homes and Jobs Act, there is an additional $75 recording fee on most recorded documents. This money is earmarked for affordable housing development, and is expected to generate $200-300 million each year. Half of the funds generated in 2018 will go to local governments to streamline housing production; the other half will go to the state for homeless assistance programs. Then, starting in 2019, the funds will be allocated 70/30 to local and state agencies for a variety of affordable housing projects and programs. See Govt C §27388.1 and Health & S C §§50470-50475 (added by Stats 2017, ch 364, effective September 29, 2017). To learn more about California’s affordable housing laws, turn to CEB’s California Land Use Practice, chap 6.

Recreational and medical cannabis activities are now under one regulatory roof.

California has combined its medical and recreational cannabis laws into one comprehensive piece of legislation. The new Medicinal and Adult-Use Cannabis Regulation and Safety Act (MAUCRSA) repeals the 2015 Medical Cannabis Regulation and Safety Act (MCRSA) and amends the 2016 Adult Use of Marijuana Act (AUMA). See Bus & P C §§26000-26231.2 (added by Stats 2017, ch 27, effective June 27, 2017). This new law is discussed in detail in Hamill, From MMRSA to MCRSA to MAUCRSA: The Current State of Affairs in California Cannabis Regulation and Risks of Leasing Real Property to Cannabis Businesses in the September 2017 issue of CEB’s Real Property Law Reporter.

A new law prohibits a landlord from evicting a tenant (or occupant) based on the immigration or citizenship status of that person or his or her associates, unless the landlord is trying to comply with a legal obligation under a federal government program that provides for rent limitations or rental assistance to a qualified tenant. And if a landlord evicts in violation of this law, the tenant can use that as an affirmative defense in an unlawful detainer action. See CC §§1940.2, 1940.3 (added by Stats 2017, ch 489 and amended by Stats 2017, ch 490, effective January 1, 2018). For more on unlawful discrimination in housing, check out CEB’s California Landlord-Tenant Practice, chap 2 and Advising California Common Interest Communities, chap 8.

Do you know which HBOR provisions are still in effect?

Nearly 10 years ago, California enacted urgency legislation on residential nonjudicial foreclosure (trustee sale) processes. These provisions were initially set to sunset on January 1, 2013, but in 2012 that date was extended to January 1, 2018 for some provisions and made indefinite for the rest. Stats 2012, chs 86–87. The 2012 legislation is commonly known as the Homeowner Bill of Rights (HBOR). Details on which provisions have been repealed are in CEB’s California Mortgages, Deeds of Trust, and Foreclosure Litigation.

The February 2017 flood in San Jose, which displaced over 14,000 people and severely damaged many buildings, led to a new law that requires disclosure of flood risk in every residential lease or rental agreement entered into on or after July 1, 2018 for property in a known flood hazard area. The lease or agreement must also provide information on flood hazards and insurance. See Govt C §8589.45 (added by Stats 2017, ch 502, effective January 1, 2018). More on required disclosures to tenants is in CEB’s California Landlord-Tenant Practice.