Looking on the Bright Side of Environmental Review

Before approving a proposed project, public agencies must study certain effects that the project might have on the environment. In the past, the focus of all CEQA review has been on the potential negative or adverse effects the project might have on the environment, as possible reasons for denying the project. But what if a project could have environmental benefits? A new law broadens CEQA review to include consideration of the positive side. Starting in 2019, lead agencies may consider (1) certain economic, legal, social, technological, or other benefits, including regionwide or statewide environmental benefits, of the project and (2) the negative effects of denying the project. See Pub Res C §20182.4 (added by Stats 2018, ch 193, effective January 1, 2019).

For example, a project that increases density within an area could lead to an overall reduction in greenhouse gas emissions by reducing the amount of driving by those residents. Denying that project could have negative consequences for the area and the surrounding region. Agencies will now have to consider both negative and positive effects.

For full details of the CEQA review process, turn to CEB’s Practice Under the California Environmental Quality Act.

A decade ago, California enacted urgency legislation to protect homeowners facing a nonjudicial foreclosure (i.e., a trustee sale) on their residence. In later amendments, these laws came to be known collectively as the Homeowner Bill of Rights (HBOR). Some provisions were subject to automatic sunsetting on January 1, 2018. But many of the provisions that did sunset were re-enacted in 2018 under SB 818 (Stats 2018, ch 404). They include requirements for lenders under dual tracking and loss mitigation provisions, restoration of initial borrower remedies for material violations of HBOR, and notices to borrowers of their appeal rights on loan modification and other decisions.

For further details on which repealed HBOR provisions were revived in 2018, see CEB’s California Mortgages, Deeds of Trust, and Foreclosure Litigation.

Limits on Pg&e Liability for 2017 Wildfires

PG&E’s equipment has been blamed for causing many of the devastating wildfires that destroyed thousands of Northern California homes and businesses in 2017. Estimates of PG&E’s property damage liability range up to $15 billion. To avoid forcing PG&E into bankruptcy, SB 901 was enacted to enable PG&E to pass on some of its liability costs to customers and to bolster the state’s forest management efforts. As Governor Brown said, “Wildfires in California aren’t going away, and we have to do everything possible to prevent them. This bill is complex and requires investment – but it’s absolutely necessary.” The extremely complex 112-page bill changes the calculation of how much utilities must pay for damage they cause, and provides grants to landowners to reduce fire fuels by removing small and mid-sized trees. See Stats 2018, ch 626.

For discussion of property insurance coverage for wildfire damage, see Sullivan, What is FAIR in the Land of Wildfires? in the May 2014 issue of CEB’s Real Property Law Reporter.

California is ramping up its efforts to reduce its dependence on fossil fuels and replace them with renewable energy sources (like wind, solar, geothermal, ocean waves, and small hydropower). Under SB 100, the state’s new targets are 50% renewable electricity by the end of 2026; 60% by the end of 2030; and 100% carbon-free power by the end of 2045. This is a tall order for such a large economy, but California is already ahead of schedule on some of its existing clean energy goals. The new law also requires that California achieve the 100% clean energy goal without increasing carbon emissions elsewhere in the Western grid and without resource shuffling. See Pub Util C §§399.11, 399.15, 399.30, 454.43 (amended and added by Stats 2018, ch 312, effective January 1, 2019).

Help for Homeowners to Avoid Being Underinsured

Underinsurance is one of the biggest problems discovered by those who lost their homes in the recent wildfires. Outdated or inaccurate replacement cost estimates are often the cause of the problem. For homeowners with replacement cost coverage, a new law seeks to remedy this issue: It requires insurers to provide, every other year before policy renewal time, an estimate of the cost to rebuild or replace the home in a way that complies with existing insurance regulations. The new law is aimed at improving the information available to policyholders so they can make informed decisions about how much coverage to buy. The law goes into effect July 1, 2019, and has several exceptions. See Ins C §10103.4 (added by Stats 2018, ch 205). 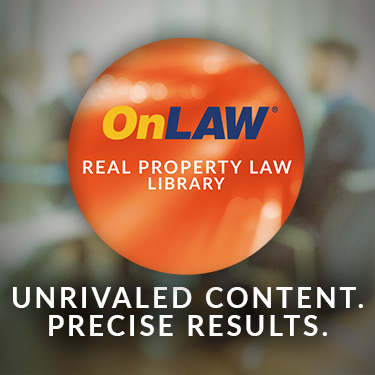